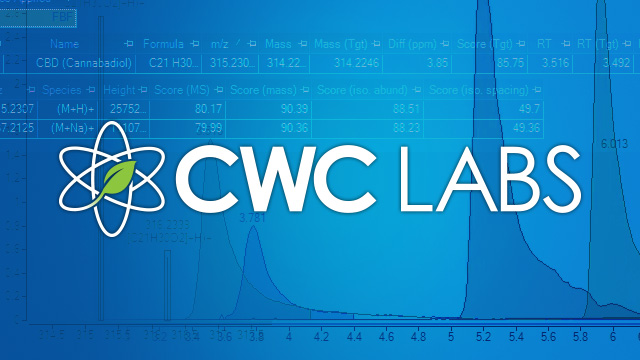 As I promised fans and readers a year ago, a mainstream, peer-reviewed science journal has just published a science paper I co-authored. The paper has been published by the LC/GC journal and is entitled Liquid Chromatography–Time-of-Flight Mass Spectrometry for Cannabinoid Profiling and Quantitation in Hemp Oil Extracts.

This is the first science paper I’ve had published in a mainstream, peer-reviewed science journal (with many more to come). I’ve also published a water contamination heavy metals analysis paper in our in-house journal called the Natural Science Journal, and I’m the author of Food Forensics, which achieved the #1 bestselling science book on Amazon.com. In addition to publishing Scientific.news, I’m also the founder and lab science director of CWC Labs, an ISO-accredited, internationally recognized food science laboratory.

The new paper in LC/GC describes a quantitation method I co-developed with other food scientists to accurately quantitate cannabinoids in hemp extracts, using LC/MS-TOF instrumentation (mass spec Time-Of-Flight). The cannabinoids covered in this analysis include CBD, CBDA, THC, CBN, CBC and others (see image below). We use all Agilent instrumentation in our lab, including ICP-MS, MS-TOF and single quad LC/MS systems.

What’s especially interesting about this method is that it looks at all these cannabis-related molecules in their liquid form, keeping the molecules intact. Much of the current lab analysis of cannabis extracts uses gas chromatography which denatures heat-sensitive molecules such as CBDA. This method also uses mass spectrometry, which is several orders of magnitude more sensitive and accurate compared to the UV detection typically used by most labs.

Here are some of the hemp extract molecules our method covers: Commonly used LC methods relying on UV detection can easily be tricked by unscrupulous hemp product formulators who substitute counterfeit molecules for CBD or THC. Because UV detection systems lack mass confirmation and ion fragmentation confirmation, they have no way to differentiate between counterfeit molecules and genuine target molecules (analytes). In testing off-the-shelf hemp extract products, we have found some products that only delivered 1/5th of their claimed content of CBD.

Mass spec analysis of hemp extracts, as we have pioneered at CWC Labs, confirms the mass of target analytes to four decimal places. CBD, for example, has an atomic mass (M+H) of 315.2319 (the extra 1 is from the +H, created during ionization), and only a Time-Of-Flight instrument has the mass discrimination resolution to achieve this pinpoint accuracy. Furthermore, even though this wasn’t the focus of this particular science paper, Time-Of-Flight instrumentation also applies a fragmentation voltage to the ion stream, causing predictable fragmentation patterns that break complex molecules at their most vulnerable atomic bonds. This results in a “fragmentation fingerprint” which provides further confirmation of the authenticity of the target analytes. UV systems have no such capabilities.

Because Time-Of-Flight instrumentation simultaneously scans all atomic masses simultaneously (it isn’t limited to a SIM), it also quantitates the isotopic spread of the target analyte, establishing yet another confirmation pattern of molecular masses with the predictable spread from carbon-13. (In some cases, we can even quant on the second isotope.

Due to all these advantages, this analysis method is already being shared and used by other cannabis analysis labs in Colorado and California. It’s just one of many science papers I’ll be co-authoring, stemming from my original food science research at CWC Labs.

Here are some photos from the print version of the LC/GC journal: Also, here’s a video where I describe how to use mass spectrometry to analyze and quantitate cannabinoid extracts: